Do you know service of “car2go”?

Car2go is the service of the car share from 2008 by Daimler AG in the world.
It unfolds in Germany, the United States, Canada, Italy, Spain, Austria, New Zealand, Sweden, China.

Anyway, car2go’s characteristic is an “ONE-WAY USE”.
You can drop it off if on designation areas. (※Depends on a country and a city.)

The number of users, fee, vehicle

More than 750,000 people in the world registrated car2go.
The number of vehicles are more than 13,000 vehicles.

The following is the price of car2go.

※As use in the state of Washington.
※At the exchange rate of 101.02 yen to the U.S. dollar.
━━━━━━━━━━━━━

It is mainly to be used 2-crew compact car “smart for two” of Daimler AG. 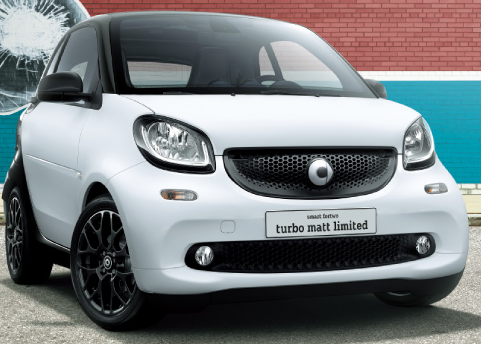 Focuses “Movement in the cities”

In the United States, it is common that is able to parking both sides of the road.
If you are the place that does not become the illegal parking, we seem to be able to park anywhere.

Japan’s “garage law” was a wall

Judging from a conclusion, present car2go seems to difficult service in Japan.
The reason is Japan’s “garage law”.

How movement in Japan?

I think there are two topics to watch out for.
The first, it is the development of small electric car “COMS” and “i-ROAD” by the cooperation of Toyota and Times.
The second is a demonstration experiment in Shibuya-ku and Setagaya-ku by “i-ROAD” which can ride two people, using the “microminiature mobility authorization system” by the Ministry of Land, Infrastructure and Transport.

Times collaborated with Toyota, developing compact electric vehicles “COMS” and “i-ROAD” mainly in the eastern part of the city center, and an area spreads out sequentially.

We can understand that Japan is trying to boost.
It was boosted by the Ministry of Land, Infrastructure and Transport.
It is a change of the interpretation of “the garage law” of September, 2014.
On the premise that each car is managed by IT, it stated that it is not necessary to return to the garage place.

Why they drop off “One way carsharing service”? It had limitations by an administrative government office to decide|カーシェア「乗り捨て」、撤退相次ぐワケ – 規制緩和から1年、実現に行政裁量の壁 –

Parking in streets becomes a problem in narrow Japan.
Although using a small electric car, it is necessary to provide as many as 2-3 times as many dedicated blocks.
Again, we can make you think about the depth of root of Japanese parking lot circumstances.

On the other hand, it is thought that “COMS” “i-ROAD” is still one person ride specification and there is still room for growth to increase the number of “stations”.
Future growth is expected.

“A new vehicle” have been go to be born in Japan 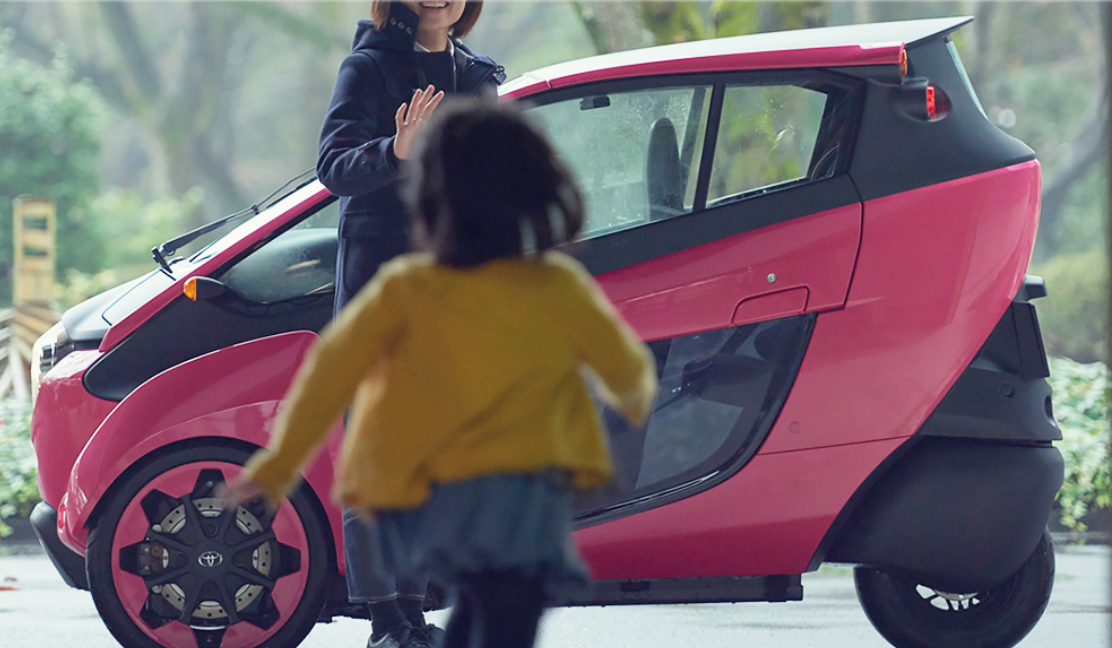 We utilized a microminiature mobility authorization system by Ministry of Land, Infrastructure and Transport, and “2-crew” i-ROAD started running in Shibuya-ku, Tokyo from November, 2015. Setagaya-ku begins to run from April, 2016, too, and an area is spreading out sequentially.
Upon application of microminiature mobility authorization system, we improved some of the 1-crew i-ROAD to “2-crew” i-ROAD, such as reviewing car width lights and equipment for vehicle approach notification. We have taken a big step toward realization of “free movement”.

Anyway, the i-ROAD during the demonstration experiment is “two-person ride specification”.

How to become a test ride pilot

You live in Tokyo, and application is possible if you usually have car licenses.
You can have you rent i-ROAD for one month if you was chosen.

A mom and a daddy during child care can go the child in forwarding and the company into a kindergarten.

The story returns, we understood that it was difficult carsharing “car2go” of Daimler AG was unlikely to land in Japan as it is in its progress service form.
But on a global scale market, The microminiature mobility carsharing within the city may say that Japan has already lost Daimler AG.

How may small electric car “COMS” “i-ROAD” made in Toyota from Japan confront the world?
Want to expect it of Toyota, Times, Administration, the National Police Agency. 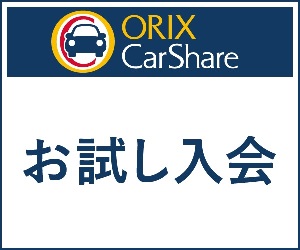